Syed Manzoorul Islam The present exhibition Unseen Splendour owes its origin to a serendipitous discovery of a small trove of SM Sultan early drawings and watercolours in the possession of Mr. Abul Kasem Joarder, who was a teacher at Jessore Michael Madhusudan College in the 1950s. Mr. Joarder was a friend of Sultan and on […]

Continue Reading "The Magic of Line"

Pioneering artist Zainul Abedin began the Institute of Art in Dhaka with just two small rooms, eighteen students, and a Herculean effort. Immediately after the Partition of 1947, the newly-formed Pakistan was openly sceptical towards modern art in a tradition-based society. Despite religious and cultural pressures, political and environmental turmoil, this revolutionary initiative eventually evolved […]

Upheavals examine the ambiguous power of change through three generations of artists from Bangladesh. The notion of transformation carries a potent paradox, one that pits the aspirational – where the old can be subsumed in a new, bettered state – against the sinister – through which what initially was is either destroyed or no longer […] 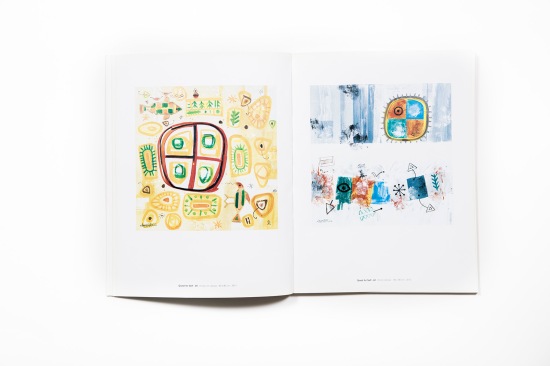 Old Dhaka, now more a place of nostalgia and lost charm, is where the main city once was. It is also where the first art school was established next to the Victoria Park and under the red water tank beside the National Medical School. This is where Qayyum Chowdhury, a prominent name in the world […]

Saif Ul Haque Saif Ul Haque (SH): Let us start with your forthcoming show at the newly opened Bengal Art Lounge. Wakilur Rahman (WR): I am hoping that this is going to be an interesting show as I have decided to put into exhibition a selection of works from the year 1994 to 2009, a […]

Juan Bordes Goya created various series of engravings on his own initiative, and never on commission. And his preference for this medium, which consists of making a matrix that makes it possible to reproduce the same image multiple times, demonstrates that the artist’s intention was to disseminate his work to a large number of spectators. […]

Sushma Bahl The Artist & the City of Joy Born in the tumultuous year of 1947, in a culturally alive and politically volatile Calcutta, Shuvaprasanna Bhattacharya, had to struggle hard, like most of his contemporaries, to forge ahead. After completing his art education, he learnt Intaglio and lithography in Germany and New Mexico and as […]